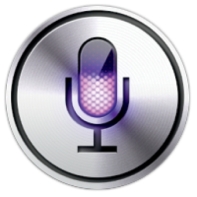 Have I mentioned I’m easily entertained? (The sign of a small mind? LOL!)

The other day I was chatting with Cousin Barbara and she pulled out her new phone.

Her first iPhone, and guess what! I got to introduce her to SIRI! So! Much! Fun!

She’d never heard of SIRI. (Digital personal assistant.) If you don’t have an iPhone or own one but you haven’t used SIRI, she’s a gas!

She’s supposed to set up appointments for you, dial phone numbers, set reminders, tell you what movies are playing, give you directions, play your music and send text messages for you. (You have to tell her the punctuation.)

I have her do most of that. (I don’t play music, though.) Oh! I almost forgot the phone takes some pretty good pictures.

The most fun I have with SIRI, though, is pure entertainment.

If I tell her she works for me, and she answers, “You’re certainly entitled to that opinion.”

Here’s a list of 100 questions for Siri. Some she answers and some she just looks up on the web. My favorite of the bunch is “How much wood can a woodchuck chuck?”

Ask her,  “Do you like Hockey, SIRI?” Her answer, “Not since that run-in with the Zamboni. I still have nightmares.” LOL!!!

Ask SIRI to tell you a poem. Once she understands you (who, me, say the word “poem” funny? Naw.) she has a great one!

G-Man sat next to me, listening as I asked and re-asked SIRI questions (and made statements.) His response? “You’re gonna get a call from Apple telling you to lay off in a minute.” LOL.

Do you play on your cell phone as much as I do? What’s your favorite thing to do on it? (I need something else to make me laugh.)

I wonder how many people will tell me their favorite thing is, “Making calls!”?

So when I’m getting ready in the morning, I like to listen to stuff on my computer. Usually, it’s Wednesdays with Beth Moore.

But the other day, I googled “Write Fast” and found a group of videos on YouTube by Marie Forleo. Good stuff!

It’s a vlog (video log) about how to live life the way you want it to be. Turns out, the woman has a whole series of wonderful videos.

She uses a lot of words that aren’t in my day-to-day conversations such as manifesting, meditating and spirituality.

Have you ever heard of manifesting things in your life? I looked it up in the Urban Dictionary. No go.

Here’s what Free Dictionary on Google had to say–

a. To record in a ship’s manifest.
b. To display or present a manifest of (cargo).

Uh, hello? Well, that didn’t help.
I read farther and saw something about a ghost. When a ghost appears, it is manifesting. (See if you can guess why I didn’t know that. LOL)
Marie is talking about having faith and real belief. Meditating is praying. And when she questions the “universe” she talking to God (whether she knows it or not.) 🙂
Even though she’s from New Jersey (New Jersey! Get a rope–remember that salsa commercial?) I enjoy hearing what she has to say. It’s nothing revolutionary, but it’s good stuff to remember.
Here’s one of her vlogs. (Random choice.) Check her out–
So, now if I can manifest enjoyment in exercising and cleaning and losing weight, I’ll be a happy camper. Happier camper? 🙂

I’m so excited! I have something to tell you. (I think you’ll be thrilled about it, too.)

No, it’s not a seven figure book deal and I didn’t win the lottery. It’s better than that.

I’M GOING TO BE A GRANDMOMMY!

I’m just a little bit excited (can you tell?) and a little worried. 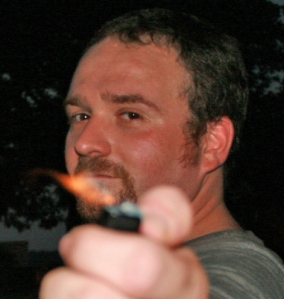 #1 son and #1 DIL are preggers 🙂 and they’re absolutely beautiful. (SCREAMS!) They’ve been so good about sharing with us, it’s almost like being pregnant, but better! When you’re the grandmommy, you have no morning sickness and the only weight gain is from celebratory eating. 🙂

They went for their first ultrasound on April 1st. They said Baby Shay was bouncing like a gymnast and kicking around like her/his mama used to do on the swim team. Healthy, active baby! (I thought #1 was going to be a tap dancer before he was born.)

No sex determination yet, but we should hear soon. And yes, I was very happy to hear it wasn’t an April Fool joke!

The due date is sometime in the Fall. (October is quickly becoming my FAVORITE month of the year!) I’ll tell you more when I hear it.

Like I mentioned, I’m a little worried. I want to be the very best grandmommy I can possibly be. So I’ve been trying to figure out just what a wonderful grandmother does.

To do that, I’ve been thinking about my grandmothers–Ruby and Eva. They were great! One took me fishing, taught me to garden and be an independent woman and the other lived next door and was a second mother, taught me to cook and bake and to be a patient person. (Okay, I’m not sure that lesson took, but she tried!) I knew both of them loved me even more than their shoes!

So, I need you to tell me what a truly great grandparent does. Think about your grandparents. What did they do that made them wonderful? Or if you are a grandmommy or granddaddy, what do you do?

I REALLY need to know!