Do you Pin? I do. I have a sister who is a Master Pinner. I’ve learned a lot from her. (Thanks, Sister Debbie.)

So guess what I found today. 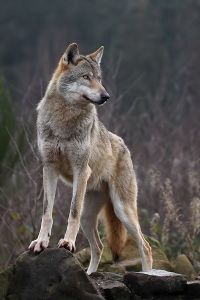 Jazzy in the flesh! 🙂

I don’t know if you’ve read MAKE ME HOWL, but it’s not your run-of-the-mill werewolf book. (No way.)

Bella’s mouth dropped open and her eyes grew wide with horror as she looked around. “Doc’s coming back and Norman’s with him. You’d better go primal. Quick.”

I took a moment to settle myself, to find my center. Arranging my hair so I was well covered, I got to my knees then sat on my heels. “You know, last night, when you and Doc abandoned me, Norman became a huge pest. He kept at me, wanting me to dance with him.”

Bella’s “Um,” irritated me. Annoyance tingled my exposed skin, running along my collarbone and down the insides of my arms.

“Then he insisted I finish my drink because he wanted to buy me another. Bella, I thought I was going to have to decapitate him to get him to leave me alone. I decided to just take off and let you find another way home. But after I finished my drink—and I only had the one Doc bought me—I don’t remember anything. It’s as if I got lost in the night.”

I hadn’t done that to me since I was three years old. That son of a cur must have slipped me a roofie. I allowed my rage to explode as I thought about the man putting a date rape drug in my drink.

My body stung as the bristles burst through my skin, but I exalted in the sensation as my face narrowed, then lengthened. I loved the feeling of my body shifting from human to wolf shape. There’s never anything better than the power surge as it filled my muscles. It’s exhilarating.

So Bella convinces Doc they need to go together and release Jazzy in Lost Canyon.

He led me to a tiger striped truck and locked me in a cramped cage in the back. I just prayed I wouldn’t get car sick in that airless, miniscule box.

When he removed the noose, I wanted to rub the chaffed place, but thought better of it. Riding where I was, I could tell Doc had to be the absolute worst driver in the world. In a relatively short distance, he hit every bump, bounced in and out of every rut and quite possibly found every rock in every broad we were on. I wanted to spew. Bad.

Finally, the truck came to a stop. Both Doc and Bella came to let me out, but he made her stay back when he opened the door. Unable to stop myself, I had to show off just a little. Taking a fantastic leap from the cage—if I do say so myself—I ran a few yards, then stopped and braced my front feet on a small boulder. Raising my chin, I howled at the top of my lungs, and waited as if I expected an answer.

“Go on, Beauty. Have a wonderful life.”

I gazed at him for a moment, lifted my head high, turned my tail toward him and charged into the nearby woods, where I hid in the underbrush.

After they left, I paced through the trees for an eternity while I waited for Bella. What could she be doing? She knew I was waiting and in need of a cup of coffee.

A dull headache pounding in my skull, I moved to a nearby jumble of boulders that looked as if a baby giant had used them for building blocks. At the base was a small crevice. Not a cave, really. It wasn’t large enough for that. But it had a stone floor and one rock had fallen on another, leaving an opening just big enough. I squeezed inside and put my aching head against the cool rock to sooth the pain.

And not only would it help my headache, if I fell asleep and shifted back to human form, I’d still be naked. In my stone cubby I wouldn’t be as easily spotted as if I were in the open.

So . . . what do you think? Doesn’t the picture look like Jazzy?