I didn’t make it to Pioneer Day this year. But it was discussed on Facebook and I followed the thread.

Interesting the way people perceive anything that goes on in their Small Town World, isn’t it? And you know what? All of them just want C-Town to shine! (I think it already does!!!)

In order to take advantage of the folks coming to town, Homecoming and Pioneer Day have been combined. Makes sense, doesn’t it? I mean, peeps are coming home, so lets use it!

Originally, Pioneer Day was established to celebrate the day the Cherokee Strip was opened. The most land ever in a Land Run. (I think.) 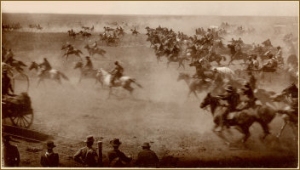 If I remember right, Pioneer Day changed to Jolly Roger’s Day back in the late ’60’s. (I don’t remember the exact year, but I’m thinking about 1967 or so. (Wasn’t Viva Lee Rayborn Miss Keystone Lake about that year?)

But Port DX closed, and JRD reverted back to Pioneer Day.

One thought thread on FB was like Oliver Twist’s request. “MORE.”

Invite surrounding towns. Mix up the culture a bit. Invite Indian dancers from nearby towns. Request the girls in local dance/tumbling classes to entertain. Have more than one kind of singers

And floats in the parade!

Not bad ideas. Not the only ideas, but not bad ones.

If it were up to me, I’d get The Mayberry Foundation involved. That group is full of energy and fantastic ideas! (And they follow up!)

They’re what I want to be that when I grow up! 🙂

So, those of you who have ideas for PIONEER DAY . . . what do you suggest? Even if you aren’t from The Capitol of Keystone Lake (aka C-Town) what are some things in your town to bring in people and fun?