It’s weird the way I remember things. Some days, I can’t remember my sister’s grandbaby’s name, but I can remember the first picture I ever took . . . when I was about three years old.

I’ve always been amazed by things that shoot–both guns and cameras. 😛 Mom and Dad had a box camera when I was little. It looked a little bit like this– 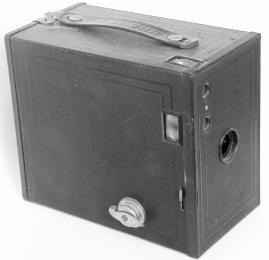 For some reason, I was amazed by it. On the Fourth of July, Dad’s family got together and went to the Sand Springs Lake. There were concrete picnic tables, and we (naturally) piled all the food and anything else we wanted to set where it couldn’t easily be kicked.

So when no one was paying attention, I scraped my knees on the rough bench and reached for the camera.

I didn’t pick it up or move it. All I did was reach over and push the little lever, and I heard a great sound.

Later, when they had the film developed, Mom showed me the picture I’d taken. It focused on a six-pack of Pepsis in a metal carton. (Anyone remember these?) 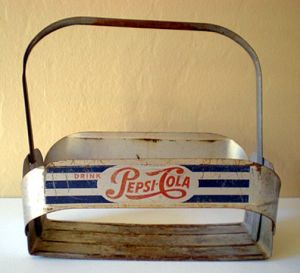 That’s all it took. I was hooked! I even learned how to use that box camera. You looked through that little glass square and couldn’t have any dark showing in the picture. And you had to keep your finger out of the way. (I’ve had a lot of finger close ups in my life.)

For my ninth birthday, I asked for a camera of my own and got a red plastic one from Sears. The pictures it took were small and square and for some reason, rarely clear. What I didn’t realize when I asked for that gift is that film cost $$ and developing cost $$. I didn’t have a lot of $$ and I didn’t know I could have charged it at the drug store. (Smart parents didn’t share that bit of info with me.)

😦 I didn’t take a lot of pictures.

The next year, I asked for a BB gun for my birthday. BBs were much cheaper than film and developing. And, to be very honest, I’m naturally a pretty good shot with a gun.

Cameras, I found, are a little harder.