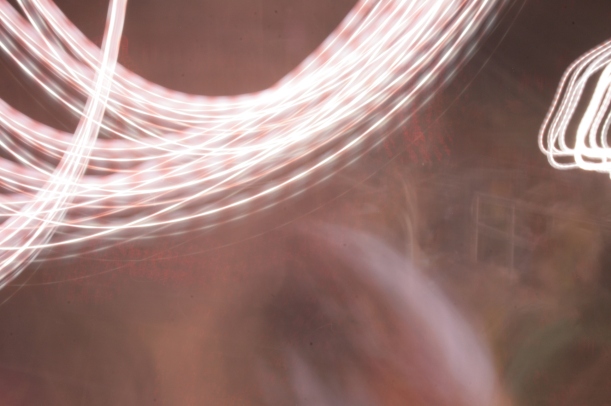 I promised to share some pictures from The Most Haunted Hotel in America today, but I’m sorry to say, I can’t. My computer has a power cord problem (at least I hope that’s all it is) so I can’t get to the pictures. (Sorry, Megan.)

I will share them as soon as I get a new power cord. In the mean time, I’m reblogging from Halloween 2008. If you’ve read it before, thanks! (That means we’ve been friends for at least four years. LOL! )

Isn’t Halloween a great holiday? There’s not a lot of planning that goes into it. Just a little candy buying and costume buying (or making) and carving a jack-o-lantern.

For me, though, the best part is the memories.

I remember scary dreams I had on Halloween night as well as the dream one of my sisters (sometimes known as #4) had about a witch cutting off her leg. I thought it was funny, but she was shaking all over when she told me about it. Guess it’s a good thing dreams are age specific. 😉

I remember special years when we trick or treated. Once I was a blind ghost–holes in the sheet kept shifting so I couldn’t see where I was going. Once I wore my dad’s older brother’s clown costume he’d worn when he was my age. Kind of fell apart as we made the rounds, but it was a beauty.

A really special memory is the year my folk moved into the house I grew up in. A crowd of people from our old town (20 miles away) came to give us a surprise house warming and all our old friends were there to t-o-t with us.

To be honest, my favorite part of Halloween has to be the movies. My favs are not the cut ‘em up and watch ‘em bleed kind. I like the good OLD ones like The Wolf Man starring Lon Chaney Jr.

TWM  was made in 1941. (Makes you wonder if that was before the attack on Pearl Harbor, doesn’t it?)

When we were kids, my sister Debbie and I went to the movies most Saturday afternoons with our friend, Marsha Hagberg. Marsha was a little younger than me and a little older than Debbie, so she made a great friend for the two of us to hang with. We saw all the good old movies. Frankenstein–1931. The Mummy–1932. Several vampire movies that were all old and scary. And we thought everything was new!

Marsha watched most of them through her fingers or hiding her face completely while she whispered, “Tell me what’s happening! Tell me what’s happening!” Marsha usually sat in the middle, so I’m not sure what Debbie was doing. Either she was braver than Marsha or too afraid to talk loud enough for me to hear. (I seem to remember the two of us crowding into one theater seat a time or two, but I’m not sure which was more afraid. Her or me.)

Right now I’m hoping I can catch THIRTEEN GHOSTS, the original one made in 1960. There were wonderful actors in the movie. Martin Milner, Margaret Hamilton (The Wicked Witch of the West), Rosemary Decamp (from the Munster’s tv show)

For years I thought the picture was in 3D because of the glasses they gave us to wear, but today I found this:

I thought watching through the image fading color was a waste of my $$, so I braved it out. (I can’t say what Debbie and Marsha did.)

There are a ton of vampire movies I loved watching back then. I just wish I could remember the names of them in order to look them up. It’s funny they made so many vampires and so few wolf men, isn’t it?

Today you find more vampire romances to read, too, and very few werewolf.

Where wolf? There. There wolf.

I dunno. I thought you wanted to. I’m easy.

Yeah. Funny scary movies rank up there, too. The (new) Mummy, Lost Boys and Young Frankenstein are on the top of my list in that department.

If you have a minute . . . I often wonder if anyone else had a movie childhood like mine. Did you catch any of these movies on the big screen? Which were your favorites?

Happy Re-Ween! Hope you get tons of candy!