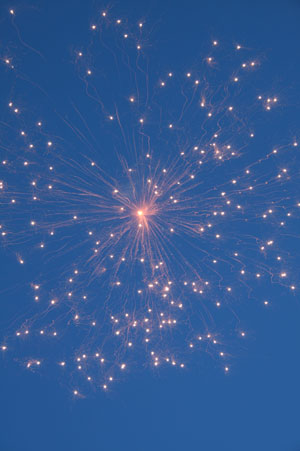 If you’re looking for a wonderful book, I’d like to suggest one for you that I’ve had for several years. It’s by Kay Arthur and called, Speak to My Heart, God. The book was written in 1993, and is a book I go back to time after time.

It has fifty (or so) three and four page chapters with titles such as “When Things Go Wrong,” “When You’re Disappointed, Discouraged, Defeated,” “When Your Expectations Aren’t In Him,” and “When You Wonder If People Can Tell You Are His.”

Normally, I don’t like books with short devotions in them because they seem somehow incomplete. But this book is different. It has answers to questions I didn’t know anyone else asks. Kay shares them without belaboring a point.

I don’t have permission from Kay, so I’m going to give you pieces of one of her chapters today. (I really wish I could share the entire thing, but I don’t want to get in trouble!)

I watched a friend crumble (understandably) when she learned of her friend’s devistating  diagonsis the other day.

There’s a young man in our Small Town World with a horrible illness that the entire community is praying for.

I’ve prayed for ministers who are disappointed and becoming disheartened because the work they’re doing and the words they’re preaching seem to be falling on fallow ground.

I’ve watched friends lose their babies after going through nine months of carrying them within their bodies, and I know there’s only One who can comfort, who has the answers.

Kay has a chapter called, “When The Forecast Is Bleak,” which I happened to read just the other day. The second line of this chapter starts, “It’s hard to trust God for cool, but pleasant weather when it’s in the mid-90’s . . . (What about over 100 for days on end, and the forecast is triple digit for the next week? I wonder.)

It’s hard, isn’t it, to trust God for anything when the “forecast” is contrary to what we want or feel we need?

Whatever–and it could be anything–you know you are totally helpless in the situation.

The first thing Kay suggests we do (we all have these situations in our lives) is to “latch on to 1 John 1:9.”

“If we confess our sins, He is faithful and righteous to forgive us our sins and to cleanse us from all unrighteousness.”

After that, she says there’s only one thing left to do. “You cast all your care on the One who cares for you.”

“Humble yourselves under the mighty hand of God, that He may exalt you at the proper time, casting all your anxiety on Him, because He cares for you.” (1 Peter 5:6-7)

What concerns you is of the utmost concern to Him.

He cast hailstones on Israel’s enemies and made the sun stand still so that “the sun stopped in the middle of the sky, and did not hasten to go down for about a whole day. There was no day like that . . . when the Lord listened to the voice of a man” (Joshua 10:13-14).

Have you asked God to hear your cry?

Did He not promise to “supply all your needs according to His riches in glory in Christ Jesus” (Philippians 4:19)? Did He not say, “Seek first His kingdom and His righteousness; and all these things will be added to you” (Matthew 6:33)?

Kay reminds us the Bible tells us God can’t change, He can’t lie, and He’s the same yesterday, today and forever. He will not leave you or forsake you. (Or me.)

You have done what you can. I have done what I can. Now we must rest in Him. God will do as He pleases, and none will thwart His hand or His will . . . no matter what “the forecast.” God is greater than forecasts.

His throne sits above all the circumstances of life, and “He doeth according to his will in the army of heaven, and among the inhabitants of the earch: and none can stay his hand, or say unto him, What doest thou?” (Daniel 4:35 KJV)

You might have noticed (like I have) that God doesn’t always obey us when we pray for something. Sometimes he says, “No,” other times, “Wait a while.” But Kay explains that.

Cry to Him. If it is for your good and His glory, He will answer. If not, He won’t, (actually, He will answer no–ss) because what He has planned is better . . . even though it may rain.

The plans He has for you are plans for good and not for evil, to give you a future and a hope. (Jeremiah 29:11)

Who is among you that fears the Lord, that obeys the voice of His servant, that walks in darkness and has no light? Let him trust in the name of the Lord and rely on his God” (Isaiah 50:10)

Thank you, Kay. God has given you a beautiful gift. Thank you for sharing.

And friends, check out her book. You’ll be glad you did.