Have you ever noticed that people with the same memories remember them in different ways? It happens with my sibs and me. None of us fib about what we remember, we just don’t have perfect recall.

For instance, the time Omega came home from playing with her BFF. Sitting at the dinner table, she said, “Pass the d*** corn.” (Today her BFF is a beautiful, talented woman who loves the Lord with all her heart. She just mimicked her big brothers once in a while when she was too young to know better, and Amy mimicked her.)

I remember the D*** Corn episode happening in our kitchen. Omega believes it happened at Grandmother’s house (next door) in the dining room. Where did it really happen? Since she was maybe two years old, and I’m a few (clears throat) years older, I believe I’m right. But in all honesty, I’m not sure.

Remember the story I told about Brother Jeffrey killing the squirrel and hanging it as a trophy from the ceiling light fixture in the middle of his room? After he read my blog that day, he told me it wasn’t a squirrel. It was a rabbit. (He did shoot it through the eye, I think.) 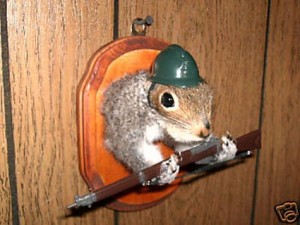 I probably should have asked Sister Debbie. 🙂 I’ll bet she never forgets.

We aren’t the only siblings who have these problems. Sometimes Uncle Frank will tell me about something he did, and when I recount the story to Dad he says, “That wasn’t Frank. I did it.”

When Dad was eighteen, he went to Oklahoma A & M in Stillwater for a year. (Now known as Oklahoma Spess University–at least in my mind.) When he first started, he often hitchhiked back and forth to Old Ford on the weekends.

Granddad didn’t like Dad hitchhiking, so he bought him a car.

Uncle Frank remembers it as being Granddad’s car rather than my dad’s. Dad disagrees.

It doesn’t just happen to siblings, either. In our romance writers’ group, we used to have a blurb writing contest for our unpublished members. In one hundred words or less, we had to tell what your book is about–like on the back of a book.

One year I won that contest. The next year when we were discussing it, someone asked, “Who won it last year?”

Without blinking an eye, one of my critique partners answered, “I did.”

“You did?” I thought about it really hard before I went on. “Then why did I frame that certificate saying I did?”

The only thing I could figure is that she thought she should have won. 🙂 END_OF_DOCUMENT_TOKEN_TO_BE_REPLACED